Pernod Ricard Korea is the local branch of the French spirits giant Pernod Ricard. In Korea they are mainly know for producing the Imperial Whisky brand as well as several other imported brands. 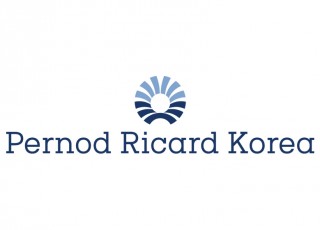 Perod Ricard was founded in 1975 following a merger of Pernod and Ricard, two previously competing distillers known mainly for the anise-flavoured liqueur known in France as pastis. While pastis remains mostly a liqueur popular locally in France Pernod Ricard have grown to be a global conglomerate acquiring many other famous brands.

Among brands that are globally found under the Pernod Ricard umbrella are brands such as Absolut Vodka, Kahlua coffee liqueur and Havana Club Rum. As far as Whiskys concerned they own globally well known brands such as Jameson, Ballantine’s and Chivas Regal.

In South Korea Pernod Ricard has long had a presence, the company first established their presence in Seoul in 1992. Their flagship brand in the country – Imperial Whisky was first marketed in the country in 1994. It was once synonymous with the Korean hostess bar. the market for expensive premium whisky being served to Korean businessmen has decreased Pernod Ricard korea has begun to struggle. Imperial Whisky was once the top brand in South Korea has now dropped to third place.  The company has been slow to adapt to the changing market and as such has paid the price.

In 2016 the company appointed a new CEO Jean Touboul who was brought over from the company’s Taiwan operation. Under Touboul Pernod Ricard Korea is trying to reverse the development and take back market shares previously lost. We will follow this development to see if Imperial Whisky can once again rise to the top.

Fitting of a big global player has a full portfolio of everything from Coffee liqueur to Wine. When it comes to Korean whisky they have both products produced specifically for the local market as well as some well know global brands.

Imperial whisky is Pernod Ricards main brand in South Korea. It comes in four different aged varieties ranging from a 12 year old to a 21 year old. Imperial is a scotch blend with the production being overseen by Chivas Brothers the makers of the well known Chivas Regal Whisky. For a truly detailed review of Imperials 12 year old variety see the video by WhiskyWhistle: